ASC Therapeutics has joined forces with Charles River to scale the manufacturing of ASC618, its second-generation virus-based gene therapy for hemophilia A.

The agreement expands upon their current collaboration, begun in 2019 that focused on achieving Good Manufacturing Practice (GMP)-virus manufacturing and establishing processes for adeno-associated virus (AAV) production and purification.

GMPs are standards to ensure batches of a medicine are produced with consistently high quality and one of the requirements for therapies to be considered for market approval.

Together, the companies have established a high-yield process for producing the modified virus used in ASC618, optimized purification methods to produce more predictable outputs, and fine-tuned a scalable process.

The deal comes nearly a year after ASC Therapeutics received a green light from the U.S. Food and Drug Administration (FDA) to launch the first-in-human clinical trial of ASC618.

The study (NCT04676048) is expected to assess the one-time gene therapy’s safety and preliminary effectiveness in up to 12 adults with moderate to severe hemophilia A. Information about enrolling sites is still pending.

“We are proud to work with ASC Therapeutics as they progress their second-generation gene therapy program for hemophilia A to clinical stage,” Kerstin Dolph, Charles River’s senior vice president of global biologics, said in a press release.

“For three years, our collaboration has relied upon a strong and transparent relationship to support a seamless transition between process development and GMP production, and we’re excited to expand that work,” Dolph said.

“Our work with Charles River has a strong foundation of trust — strengthening our shared outlook for the future and building confidence in our internal processes and oversight of external capabilities,” Ruhong Jiang, PhD, ASC Therapeutics’ CEO, said. “As we moved toward the next phase of our therapeutic development, we are excited to work with Charles River to further maximize our manufacturing know-how.”

The collaboration will take advantage of Charles River’s end-to-end contract development and manufacturing company (CDMO) capabilities, which increased following a series of acquisitions in 2021.

Hemophilia A is caused by a deficient production of the blood clotting factor VIII (FVIII) due to mutations in the F8 gene.

Given as a single infusion directly into the bloodstream, ASC618 uses a modified and harmless AAV8 to deliver a shortened but optimized version of the F8 gene specifically to patients’ liver cells, the body’s main clotting factor producers.

In preclinical studies, the second-generation hemophilia A gene therapy was shown to result in FVIII levels that were 10 times higher than those achieved with gene therapies delivering F8’s full version, and at significantly lower doses.

As such, ASC618 might not only restore FVIII levels, lowering both the risk of bleeds and the need for preventive FVIII replacement therapy, but also result in more durable effects by minimizing cellular stress in liver cells, which can reduce FVIII production.

The gene therapy was developed based on work by researchers at Emory University and optimized through a partnership between ASC Therapeutics and Expression Therapeutics.

In 2020, the company began collaborating with Vigene Biosciences, now part of Charles River, to support the manufacturing process of its current and future gene therapy clinical programs.

ASC618 received orphan drug designation in both the U.S. and Europe and fast track designations in the U.S. for hemophilia A. These designations are expected to accelerate the therapy’s clinical development and regulatory review.

ASC Therapeutics, a division of Applied StemCell, is also developing potential gene editing therapies for hemophilia A (ASC518) and hemophilia B (ASC519). 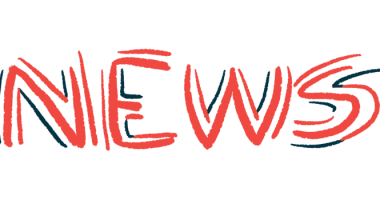