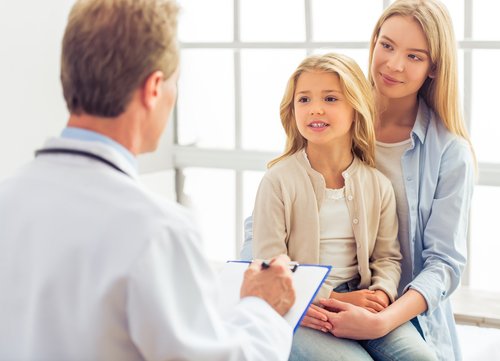 First results from the Phase 3 HAVEN 2 study evaluating the effectiveness and safety of emicizumab in children younger than 12 with hemophilia A look promising.

Roche announced that preventive treatment with emicizumab caused a reduction of the number of bleeds over time, with no major adverse events reported so far.

Created by Chugai Pharmaceutical and being co-developed by Chugai, Roche, and Genentech (a Roche company), emicizumab is an investigational antibody that was designed to activate the natural coagulation cascade and restore the blood clotting process.

The Phase 3 HAVEN 2 study (NCT02795767) is testing the effects of once-weekly subcutaneous administration of emicizumab for the treatment of children younger than 12 with hemophilia A and inhibitors to factor VIII who require treatment with bypassing agents such as aPCC or rFVIIa. The study is still recruiting patients.

So far, 19 children received the treatment for about 12 weeks, and a clinically meaningful reduction in the number of bleeds over time was reported. These results were in accordance with previous results from the Phase 3 HAVEN 1 study (NCT02622321) in adults and adolescents (age 12 and older) with hemophilia A and elevated levels of factor VIII inhibitors.

The HAVEN 1 study results showed that emicizumab prophylaxis (preventive medicine) caused a significant and clinically relevant reduction of the number of bleeds over time compared to no prophylaxis. The observed effects were even better than the one obtained in prior preventive drugs with bypassing agents.

“Managing hemophilia A with inhibitors to factor VIII is especially challenging for children and their caregivers because bleeding is difficult to control and current treatments require frequent intravenous infusions,” Sandra Horning, chief medical officer and head of Global Product Development, said in a Roche press release.

“We are encouraged that once-weekly subcutaneous emicizumab prophylaxis showed a clinically meaningful reduction in the number of bleeds over time in children and are pleased to share these results with the community as we join in celebrating World Hemophilia Day,” she added.

The company expects to enroll a total of 60 children in the HAVEN 2 study for its final analysis planned after 52 weeks of treatment with emicizumab. To date, the most common adverse effects in the HAVEN 2 study were injection site reactions and inflammation of the nose and pharynx.

Two additional Phase 3 studies of emicizumab are recruiting patients age 12 and older – HAVEN 3 and HAVEN 4 – to test the effectiveness and safety of different preventive treatment regimens in adults and adolescents with hemophilia A with or without inhibitors to factor VIII.