The Hemophilia Federation of America (HFA) and the National Hemophilia Foundation (NHF) jointly launched the “Together Project,” in which the two organizations will work together to address issues affecting the bleeding disorders community.

Most of the partnership’s efforts will center on written content creation and visual designs, which will be strategically divided between HFA and NHF, according to Ilana Ostrin, spokesperson for the NHF.

“The two organizations will share informational content in coordinated campaigns that align with community interest and relevant awareness events, such as Bleeding Disorders Awareness Month” each March, Ostrin said in an emailed statement to Hemophilia News Today.

On World Gratitude Day, Sept. 21, the two nonprofits came together in an educational, advocacy, and awareness campaign that encouraged the bleeding disorders community to share what they were grateful for on social media.

Mental health was the focus of the Together Project’s first collaboration. The organizations announced the collaboration in May, during Mental Health Awareness Month, and have since provided resources, such as a list of 50 trusted mental health websites, hotlines, and Facebook Live meditation sessions, on their respective websites.

The Together Project is also reaching out to groups that are historically underrepresented.

“We’re really being mindful of making sure that when we’re looking at mental health, we’re targeting all communities, all communities of color, looking at socioeconomics, looking at gender orientation,” Jhon Velasco, senior manager, education and training for the NHF, said in a video interview with Hemophilia News Today.

The HFA also provides a hub of mental health resources on its website, and certification classes for mental health first aid through the National Council for Behavioral Health.

“By partnering with other patient advocacy organizations, we can provide important resources, greater understanding of the needs of the community, and hopefully destigmatize how mental health affects the whole person,” Sharon Meyers, HFA president and CEO, said in a press release announcing the partnership.

The Together Project was nearly a year in the making, with conversations for the collaboration starting in October 2020. It stemmed from the idea that both organizations could do more working together.

“Instead of one organization doing five good things, both organizations could do 10 great things together,” Velasco said. 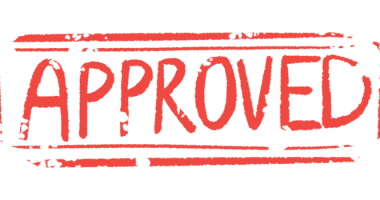