Even 1 Bleed in Hem A Linked to Higher Healthcare Costs: Survey Bleeding episodes in people with severe hemophilia A receiving prophylactic (preventive) treatment have the potential to impair patients’ health-related quality of life, according to data from a survey conducted in Europe.

Even a single bleed was linked to marked medication-related and non-related health costs.

In fact, in terms of medical care, the average healthcare cost per bleeding episode in hemophilia A patients was more than €10,000 (more than $10,000), the study found.

“Prevention of any bleeding episode is an important consideration for clinicians and patients when managing severe hemophilia A, in terms of quality of life and healthcare resource allocation,” the researchers wrote.

“Our findings reveal that the occurrence and severity of bleeding episodes in patients with severe hemophilia A have profound effects on HRQoL [health-related quality of life] and both drug-related and non-drug-related direct costs, with even a single bleeding episode having a measurable impact,” the team wrote.

The data were presented in a letter to the editor, titled “Relationship between bleeding episodes, health-related quality of life and direct costs in adults with severe haemophilia A: Secondary analyses from the CHESS study,” published in the journal Haemophilia.

Severe hemophilia A, caused by extremely low levels of clotting factor VIII (FVIII), is characterized by recurrent bleeds and low quality of life. Both patients and caregivers can find it difficult to work, given the need for routine treatment, and hospitalizations for those with the rare bleeding disorder can be frequent.

FVIII replacement therapy, which delivers the missing FVIII directly to a patient’s bloodstream, is the gold standard treatment for hemophilia A.

CHESS  is short for Cost of Haemophilia across Europe — a Socioeconomic Survey. The questionnaire-based study was designed to assess the burden of illness in adults with severe hemophilia A or B in five European countries, specifically France, Germany, Italy, Spain, and the U.K.

In total, the analysis included 947 men with severe hemophilia A without FVIII inhibitors — neutralizing antibodies that target therapies meant to replace FVIII. Each of the patients had available clinical and costs data.

Health-related quality of life was measured with the EuroQol 5-dimension 3-level instrument (EQ-5D-3L), in which higher scores indicate better HRQoL.

Bleeding episodes were categorized as minor or major bleeds. Minor bleeds were characterized by mild pain, minimal joint swelling, minimal impact on movement, and resolution within 24 hours of treatment. Meanwhile, patients with major bleeds had moderate to severe pain, major joint swelling, limitation of movement, and failure to improve within 24 hours.

A total of 404 patients (43%) completed the EQ-5D-3L questionnaire and were included in the HRQoL analysis.

The analysis indicated that high bleed rates correlated with worse HRQoL. This link was stronger for the domains or sections relating to pain/discomfort and anxiety/depression than it was for those pertaining to mobility, self-care, and usual activities.

Importantly, according to researchers, the number of bleeds — as measured by the annual bleeding rate — rather than their severity contributed more to a worse HRQoL.

“This suggests that new approaches may be required to assess the cumulative impact of bleeds in patients with hemophilia over time, whereby even a single minor bleed could have a deleterious effect on a patient’s HRQoL,” the team wrote.

For patients with more than three bleeding episodes per year, the annual nonmedication-related costs reached €11,215 (about $11,300).  These costs were mostly driven by hospitalizations, specialist visits, and tests.

A statistical model estimated that for each annual major bleed, patients had a statistically significant increased risk of spending an additional €2,489 (about $2,500) on nonmedication-related direct costs.

Overall, medication-related direct costs were linked to an annual cost of €8,092 (nearly $8,200) for major bleeds and €11,944 (about $12,000) for minor bleeds. Both of these costs were deemed statistically significant.

“Although treatment paradigms have changed in recent years, with new therapies becoming available, real-world evidence from studies such as CHESS still provides important insights into the treatment and management of patients with rare diseases such as haemophilia,” the team wrote, stressing the need for the prevention of bleeds. 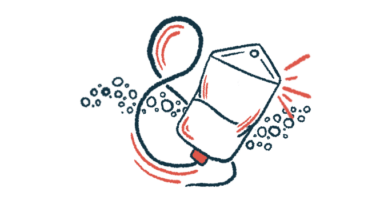