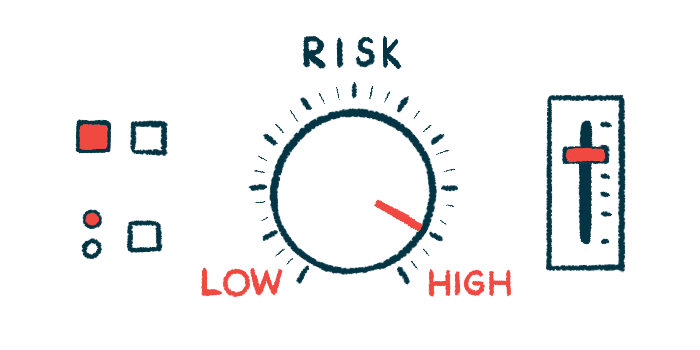 The levels of blood clotting factors, physical activity, and bleeding history are all potential risk factors for future bleeds in hemophilia patients under preventive therapy, a small review study from Canada suggests.

“These and other risk factors for bleeding could be combined in a risk assessment model (RAM) for the prediction of bleeds in [people with hemophilia],” particularly those receiving regular prophylaxis, the researchers wrote.

“The identification of patients at high risk of bleeding is an important first step in lowering the risk,” the team wrote, adding, “This is particularly important now that new non-clotting factor therapies … are available or are about to enter the market (e.g., gene therapy).”

The study, “Risk factors for bleeding in people living with hemophilia A and B treated with regular prophylaxis: A systematic review of the literature,” was published in the Journal of Thrombosis and Haemostasis.

Risk of Bleeds in Hemophilia A Influenced by Treatment History, Other Factors, Study Suggests

In both cases, prophylactic or preventive treatments — which provide the missing clotting factors for each hemophilia type — are considered the gold standards to prevent spontaneous bleeding episodes.

But patients’ responses to such preventive treatment can vary. This can be due to the fact that preventive therapies are administered based on a person’s weight. According to researchers, this can lead to either under- or overdosing.

Assessing the bleeding risks of hemophilia patients could be informative to aid both patients and physicians in minimizing this risk.

“Patients, physicians, and policy makers might benefit from knowing the risk of bleeding of individual patients,” the researchers wrote.

The team, led by researchers at McMaster University, in Ontario, now conducted a systematic review of studies reporting risk assessment tools and risk factors for bleeding in hemophilia patients on preventive therapy.

First, a search was conducted for studies published through Aug. 21, 2019, across four Canadian databases: Medline, Embase, the Cochrane Central Register of Controlled Trials (CENTRAL), and the Cochrane Database of Systematic Reviews (CDSR).

From more than 1,800 potential studies, researchers evaluated 152 and selected 10 that met the inclusion criteria to be included in their analysis. All studies reported risk factors linked to bleeding. No study, however, was designed to develop or evaluate a potential risk assessment tool.

According to researchers, all of the studies except one had a high risk of bias.

All studies, but one, reported that higher clotting factor levels were associated with a lower risk of bleeding, although the risk varied across studies. Complete adherence to preventive therapy reduced the risk of bleeds, particularly in patients ages 10–65, according to one study.

Additional parameters, including age, body mass index (a measure of body fat), antithrombotic therapy, year season, and some laboratory tests, were only evaluated in a single study each, which, according to researchers, was highly biased.

Overall, the results of this small study suggest that blood “factor levels, physical activity, and bleeding history are important risk factor for bleeding and ideally should be considered in the derivation of a RAM [risk assessment models],” the researchers wrote.

Simply put, according to the researchers, “the risk for bleeding was increased when factor levels were lower and in people with a significant history of bleeding or who engaged in physical activities involving contact.”

The role of additional factors, such as obesity, still requires further investigation, the team noted.

The findings of this review could be useful in developing a risk assessment model for people with hemophilia, the scientists said.

“We believe that deriving and validating … a RAM would be of value. Factor levels, physical activity, and bleeding history appear to be the most important risk factors to be included in such a model,” they concluded.